Last week in August we headed down to Italy for a week’s break to get some hard work done on the house before the winter. Regular readers will know there’s usually a bloody drama with our visits but this time there was no sense of looking back afterwards and smiling wistfully.

Much against my better judgement we booked another mid-afternoon crossing on the Shuttle to try and catch up some time. And yet again we were bitterly disappointed to find our crossing delayed. It’s reliability is such a joke now. So we landed in France an hour or so late again and had to bomb along to get to our hotel destination in Mons, Belgium before it got ridiculously late. I don’t know whether the stress of that had had an impact on me. But we checked in and, weary, I popped to the late night sandwich bar across the road to grab some grub. Immediately after eating it I developed pains in my stomach and side. Bonkers. I had a shower which didn’t help much with the discomfort. Later that night I simply couldn’t lie down because of significant pain so I slept fitfully sat upright. Next morning feeling grim we had a chat about options. Carol was selflessly suggesting we should head home and get me checked out. But we’d been planning this short and probably last trip to our Italian home for ages and, being a man and stoically stubborn, I suggested that I’d probably only just pulled a back muscle and suggested we plough on.  Which is what we did.

The drive wasn’t so bad but we reached Lake Como some 10 long hours later and checked into our hotel, did a bit of shopping and headed back to the hotel for some light dinner. However since leaving the car I’d developed a temperature and a shower couldn’t shake it. The pains in my side and abdomen had returned big time too. Grim. Carol didn’t even bother to discuss my condition; she went and spoke to the front desk and they hailed an ambulance for me. The crew asked about my symptoms, took my temperature – 38° C… fever level – and loaded me onto the ambulance. I asked if I could just sit in a seat as lying down was so painful. No they said. So I was strapped in lain down and we headed off at Ferrari pace along the little old bobbly cobbled streets of old Como. The journey only took 6 or 7 mins but it felt like I’d gone two rounds in the same ring with both Marvin Hagler and Thomas Hearns hitting body punches. Oww…uch.

The little Ospedale Valduce was an emergency hospital and it was thankfully very quiet which meant I got the attention of 4 increasingly senior doctors over the next 4 hours as I had urine and blood tests, dozens of x -rays and over an hour on the ultra sound scanner. Eventually I was diagnosed with pleurisy on the left lung with severe inflammation of a number of organs, particularly the pancreas. Now what on earth did I do to get that? It’s just incredible. I was kept in overnight and given massive dosages of anti-biotocs and pain killers. Next morning I felt much better especially as the gurney bed allowed me to sleep propped up. But the doctor the next morning insisted on me staying over another night as he was mindful of my medical history and concerned that the infection could shock my colon into ceasing to operate. Fair enough. We shook hands that I could leave after another day/night in my hospital bed faced, as I was, with my one bare wall and two fully closed curtains on the other two sides. And no broadband, tv, radio, newspapers, magazines nor few people who spoke any English. All I had was facebook and I posted shamelessly about my situation. Carol was great of course and kept my spirits up with her visits. I have to say too that our hotel Borgo Antico were excellent and super helpful.

Next morning, Sunday, I quickly learned that no doctors were attending. I had a deal I figured and I felt much better so I befriended a lovely triage doctor and got her to get a senior doctor to come along to re-assess me exceptionally. He let me be discharged on condition that we travelled on to our place in Italy (being only 6 hours away versus a day and a half away back to the UK), took absolute rest and started taking a course of anti-biotics pills which, at 1000mg, would prove to be the size of golf balls. Deal.

We reached our place in Italy later Sunday evening and had a lovely dinner with our friends/neighburs F&B though no alcohol for me (for days) and we had to crash early as we were both twotted. Next day we checked out the house and garden. There was some significant cracking from the recent tragic seismic activity in C Italy and much work to do on the garden and the windows and shutters etc. But it would all have to wait. We did nothing significantly energetic which was cool but really frustrating. We hosted a nice lunch for our great friends J&C (and their top visiting pal M) and lovely F&B and slotted in a visit to our fave proprietors and restaurant over in Sirolo after a 4 years hiatus.  And that was it to be honest.

On the Tuesday I got a call from my brother D asking how I was doing having seen my facebook moanings.  We had a laugh about our personal medical issues then he told me our youngest brother had been having some tummy problems for a few weeks. It sounded worrying but manageable. I subsequently heard from my youngest brother the next day who had FB messaged me to ask how I was feeling. I wittered on about my pleurisy and monster pills and asked how he was feeling. He didn’t reply. Two days later we were  en route home, taking a leisurely 3 days to drive back. At 4am whilst staying in Switzerland we were called to let me know that my brother’s condition had deteriorated rapidly and he was in hospital, unconscious and on morphine. Oh Jesus. He passed away by the time we  were having dinner the next day. Mark was just 57.

He’d been diagnosed with inoperable cancer just days beforehand yet he’d taken the trouble to ask how I was with my FB moanings on my miserable side pains. I just wittered on about my cough and anti-biotics. He didn’t reply about his own condition because he was such a considerate guy and wouldn’t have wanted to worry me. Sigh. Such dignity.

My gentle, kind, thoughtful youngest brother had gone. Taken by this bloody disease that has blighted my family. It was devastating. How do you deal with this? The remaining journey home was wretched, not helped by having a nightmare getting through Calais.

As holidays go this had to be up there with one of the very very worst. We are still waiting to hear about the funeral arrrangements and I’m so not looking forward to them. I’ll just try and console myself thinking about dear Mark and his love for his kids and new grandson and of course his liking for a nice car. God bless son…. give mum a hug from me. 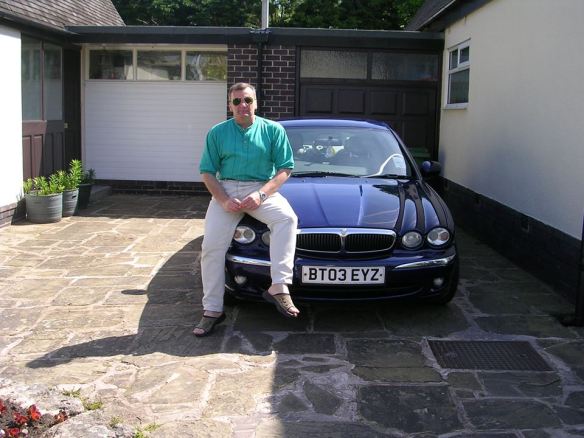