Europe eh. What more can you say about it that doesn’t sound oddly unexpected? The newly-formed Brexit party, led by the delightful Nigel Farage, won 29 seats to the European Parliament in the recent elections. A massive victory. And this was for a party only 5 minutes old that doesn’t believe in the EU and wants us out asap. That’s its only policy. It’s likely that none of its elected members will ever sit in the parliamentary chambers in Brussels and Strasbourg. Unexplainably weird? Yep. You want more?  We used to be pretty regular, and you’ve got to assume popular, winners of the Eurovision song contest. Then just over 20 years ago every country in Europe started seemingly hating us and we ended up just about last in every competition since then. It happened again a week or so ago; our chappie came last with a miserable total of 16 points whilst the winner received 492. That’s what it’s come to – the country that gave the world The Beatles, The Stones, David Bowie, Rod Stewart, Elton John and countless other musical greats, got well and truly twatted in a popular music contest by dozens of countries that have contributed just about Jack Shit to such culture, including the musical giants of Belarus, Albania, San Marino and some place called North Macedonia. Sigh. OK it wasn’t a total surprise.

Then, not content, after a few days the event organisers made a statement admitting that they’d actually made an error in the calculation of the scores for the United Kingdom. So instead of 16 points we’d only scored 11 or something. Two thoughts; what kind of organisers get the arithmetic wrong adding up 16 points? And couldn’t the twats just have said to themselves ‘look it’s bad enough we have to admit this but let’s give those poor Brits a break and not inflict any more shame on them?’ Of course they couldn’t. They couldn’t wait to ladle on a bit more sardonic embarrassment. The nation that stood up to tyranny and evil, sacrificing over 1 million soldiers and civilians in the process, to save Europe in two World Wars in the last century and paved the way for a post-war federation of mutually supportive peaceful trading states, is now a European pariah.

How did it come to this? I really don’t know. Could you imagine them humiliating France or Germany in quite the same way? I doubt it. In fact any other country would have pulled their investment and left the whole overblown ridiculous Eurovision circus long ago. Except that we Brits take these things in our stride; millions of our people love the whole campfest and can’t wait to tune in to Graham Norton’s nice sardonic comments. We know we’re destined to be losers (currently) but we keep a sense of humour about the whole thing. Not because we’re losers – we’re actually a nation of unbelievable achievers – but because we are self-deprecating and enjoy irony. Unlike some nations I could mention here known for their national chauvinism and lack of humour. But I’ll resist naming names.

So undaunted by Europe’s seemingly hostile attitude towards us, we did the only thing that a retired British couple with broad shoulders and thick skins does and followed our irrational love of (almost) all things European, and headed out to Italy for a quick break.  To our place in Marche in fact. No doubt it’ll be sequestrated by the Italian authorities under orders from Brussels as soon as we officially leave the EU on 31 October, should it come to that. But until then we’ll keep heading there, even though the last visit was a sodding nightmare. In fact every trip seems to involve a bloody drama but this one was remarkably crisis-free. We were joined by our super eldest (17 year old) grandson Sammy and his good friend Zak. Sammy last came with us when he was about 6 and we loved having some cool Italy time with him again. After a very wet start, we enjoyed truly fab weather. We spent days at the beach and the boys had time at the gym and two long walks and one hot hilly run to maintain their fitness during close season. We ate out and also shared much time with our super friends and neighbours John and Christine and their friend Mac and lovely Freddy. We’re all pensioners and I’m the young kid on the block, so you can tell how jurassic the company was. So how the young fellahs felt holidaying with grumpy (not really) old senior citizens I do not know. But I think they really enjoyed it. And we loved having them join us. They never experienced Italian sunrises nor indeed any sense of mornings but they loved the afternoons. Teenagers eh. But reassuringly Sammy told us that he thought there was so much about Italy to enjoy eg the weather, food, girls, friendliness, helpfulness, atmosphere and views like this, love him… 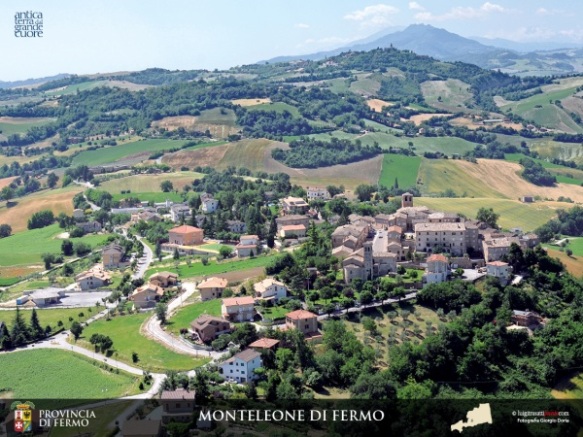 You see Europe, we don’t do grudges. We genuinely wanted him to experience Italy as a young man and make his own opinion about it. And despite being surrounded by aged, silver and in my case shaven-headed people, he found joy. That’s what matters. And he found fun, contentment and a sense of wanting to belong without any sense of resentment towards we Brits. I believe real ordinary people in Europe want us to continue be a part of the whole EU enterprise. It’s not a song contest folks, this is reality. I don’t want to get all political; I just wish that our children and grandchildren are lucky enough to continue to embrace being part of feeling truly European.